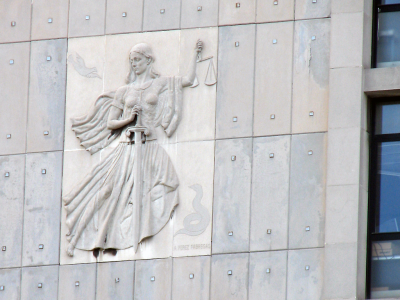 Arbitration and agency contracts in Spain

Disputes arising from agency contracts in Spain are arbitrable, as confirmed by case-law and legal doctrine

Arbitration and agency contracts in Spain have often been questioned as to their compatibility.

Indeed, the Spanish Act on the Agency Contract (Law 12/1992) establishes the exclusivity of the Court of the domicile of the agent regarding the disputes derived from this kind of contracts.

Does this mean that the parties can not choose another court, Spanish or from another country?

Moreover, does this mean that disputes arising from an agency contract can not be settled by arbitration?

Jurisprudence: a case treated by our firm analyzed by the scientific doctrine

Spanish jurisprudence has no doubts about the perfect compatibility between arbitration and agency contracts in Spain, despite the apparent taxativity of the law.

In this respect, the leading scientific journal Cuadernos de Derecho Transnacional, led by the Department of Private International Law of the Carlos III University of Madrid, published in its March 2019 issue, a commentary to a resolution of the Court of Appeals from Barcelona, issued in a case followed by our firm.

The case dealt with a Spanish agent bringing an action against an Italian company (a client of our firm) in the Barcelona courts, on the basis of an agency contract in Spain which contained an arbitration clause in favor of an Italian arbitration institution.

The plantinff claimed that the Spanish Act on the Agency Contract, which confers exclusive jurisdiction on the courts of the agent’s domicile, had to prevail, and thus annul, the arbitration clause in favor such arbitral institution.

Disputes arising from agency contracts in Spain are arbitrable

The Barcelona Court of Appeals, in its judgment of 17 May 2018, upheld the decision of the High Court dismissing its own jurisdiction and declaring the full validity of the Italian arbitration clause contained in the agency contract,

Thus, the Court confirmed the doctrine of the Spanish Supreme Court stating that Spanish law establishes exclusively a criterion of territorial jurisdiction for Courts, not an exclusion of arbitration whatsoever in this type of contracts.

In this respect, the exclusive jurisdiction of the Spanish courts can be attributed only in purely national agency contracts with no international component.

On the other hand, beyond the imperative nature of certain provisions of the Spanish Act on the Agency Contract, the object of the agency contract is a matter perfectly disposable to the parties and, consequently, likely to be submitted to arbitration.

Please feel free to contact us using the form below if you have any comments or queries.